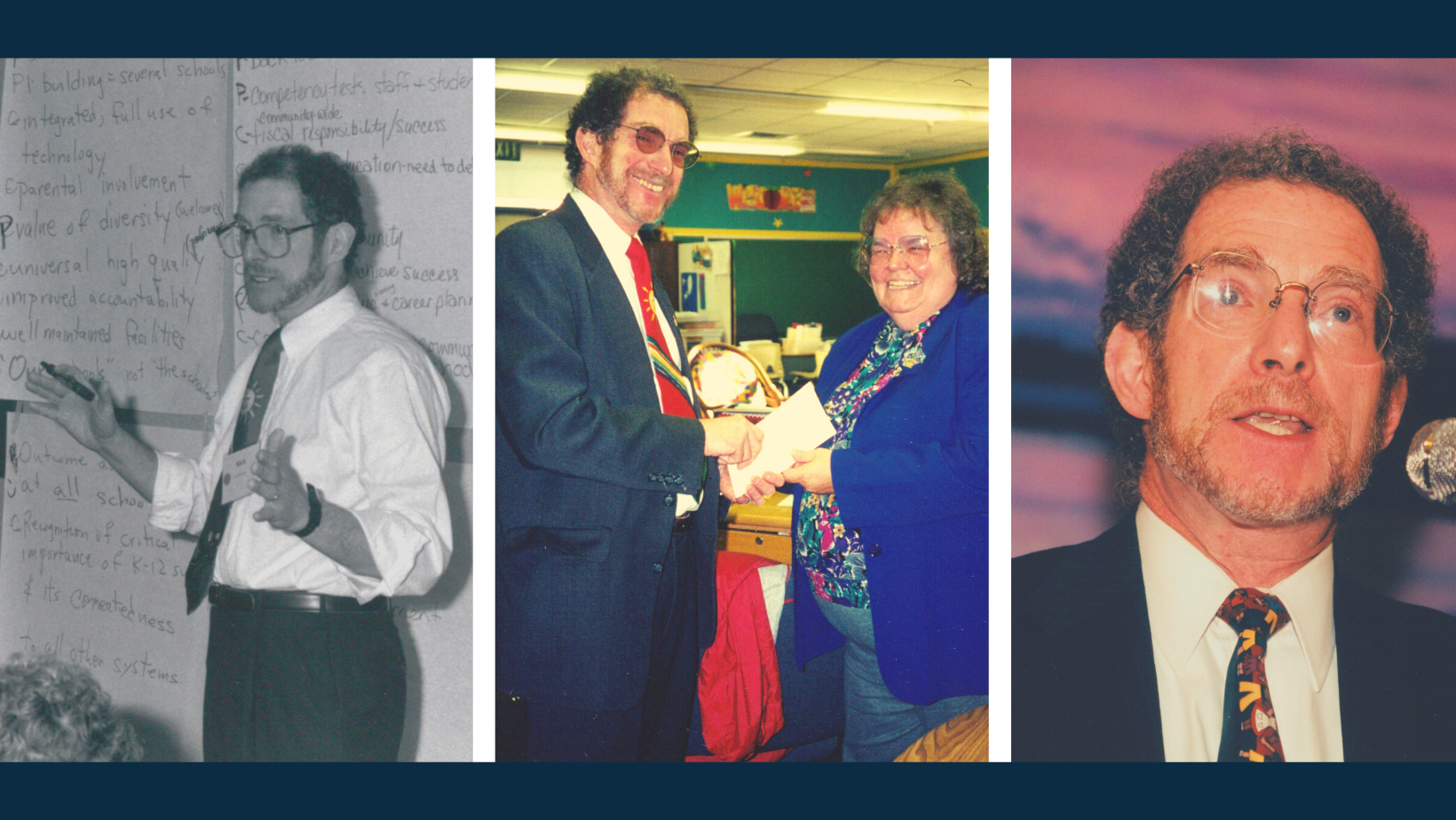 Rich Kronberg through the years. His dedication and service to NEA-Alaska active and retired members is unparalleled.

On August 23rd, the NEA-Alaska Retired Board of Directors voted unanimously to award the Gayle Harbo Award to Richard Kronberg for his years of service to NEA-Alaska active and retired members. “Rich” Kronberg recently stepped down after serving as the President of NEA-Alaska Retired. Dear friend and colleague, Susan Stitham delivered the following remarks while presenting the award:

“Richard’s work for Alaska’s school employees and students began almost as soon as he arrived in Anchorage in the 1970’s. A special ed teacher, he had started teaching in New York City and he likes to tell about his first day on the job which turned out to be on a picket line as his AFT local went out on strike.  This would have been no surprise to anyone who knew him as Rich was one of a group of New York City children known as “the Red Diaper Babies” because their parents were activists in social democratic politics in the city.

In Anchorage, Rich immediately became involved in AEA and relatively soon became a Region VI director which is where I met him; we served together on the Board in the mid-1980’s when I was NEA Director. Rich followed Judy Salo as NEA Director when she resigned to become an Alaska state senator, and then served as AEA president, followed by two terms as NEA-Alaska president.

After his retirement Rich continued his contributions to Alaska educators, taking on the NEA-Alaska Retired local presidency and serving as one of the NEA-Alaska R directors where I was delighted that we could both conclude our official roles by serving together once again on the NEA-Alaska Board of Directors.

Throughout this period, Rich continued to provide leadership on local, state and national educational issues at DA and RA and we fought many a good fight together against the forces of darkness, some of which we even won.

There are many great stories, some of which having to do with the RA Pace Auction probably deserve to be lost to time, but those of us who worked with Rich over the years will always be grateful for his quick wit, infectious laugh, and commitment to the 100% right positions (as Mary Ann Eininger always liked to say) of the NEA.

It is my privilege on behalf of the NEA-Alaska Retired Board and several generations of NEA-Alaska members and students to present the following plaque.”

Gayle Harbo Award 2021 presented to Rich Kronberg in grateful recognition of his many years of dedicated and distinguished service to NEA-Alaska active and retired members.