Nestled on the western shore of Annette Island in Southeast Alaska sits the community of Metlakatla. While only a short float plane ride from Ketchikan, Metlakatla stands alone as both the only Indian Reservation in Alaska and the keeper of one of the richest and most vibrant Alaska Native Arts public education programs in the state.

In Metlakatla, traditional Tsimshian, Tlingit and Haida art is ubiquitous. Ravens, whales, and eagles boldly adorn the walls of public spaces and private homes with deeply contrasting reds, blacks, and whites. The history and culture of this place is palpable and nowhere is it more abundant than in John Hudson III’s classroom.

Blocks of wood, carving tools, and countless works of art occupy nearly every space in room 205 at Metlakatla High School. Each project represents the preservation of culture and the innovative instruction John is using to help an ancient tradition thrive in the 21s​t century. This picture comes into focus as his students work diligently to apply traditional designs to skateboards, shoes, and digital graphics. 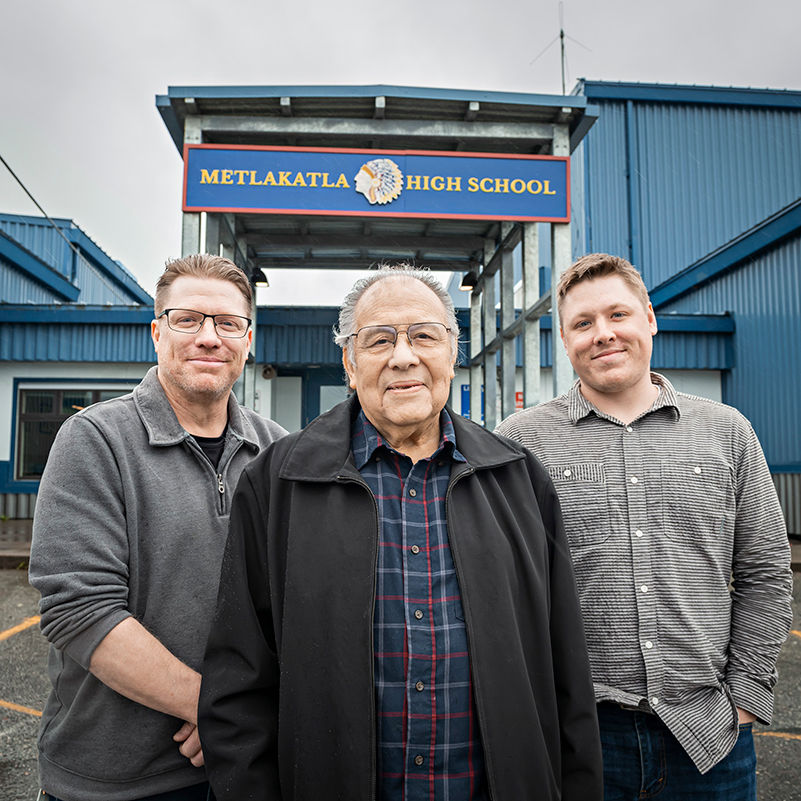 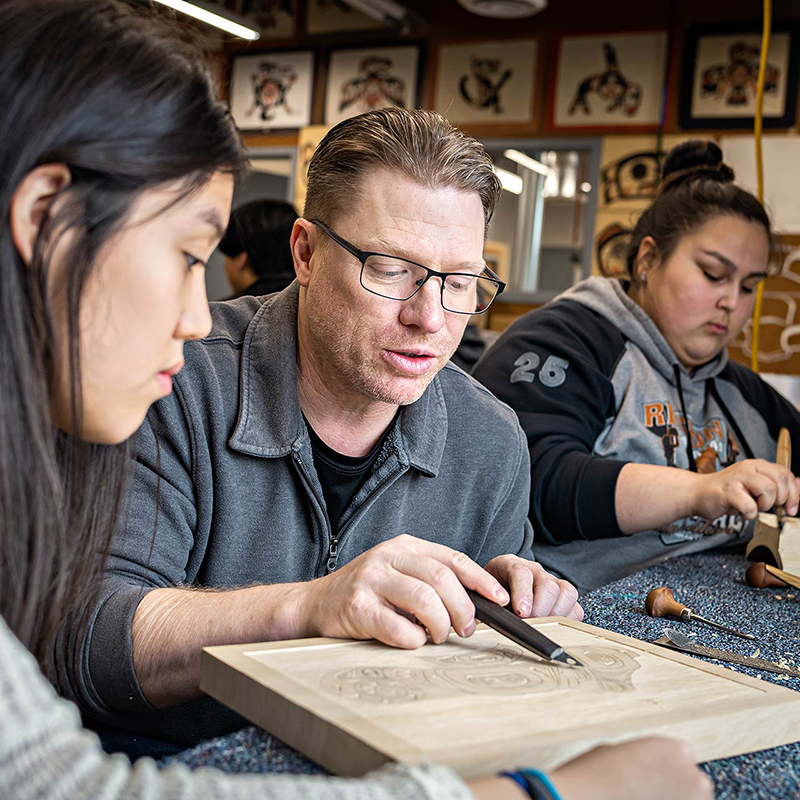 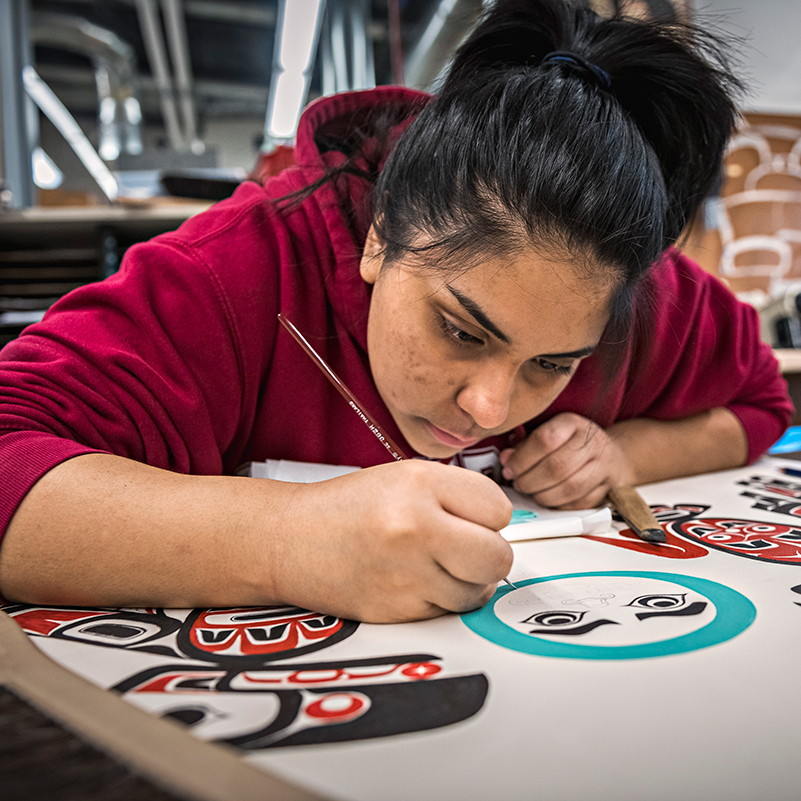 John has been teaching Northwest Coast art in Metlakatla since 2010 when he took over the program from his father, Jack Hudson, who started the program in the 1970s. John counts himself as one of countless students who have had their lives shaped in part by Jack’s vision. He learned to make art and the tools to create it from his father. Now, John teaches the sons and daughters of Jack’s former students using the same methods, techniques, and instruments developed over 40 years ago.

Helping students to celebrate their culture with professional pieces of art is a great source of pride for John. Many of his students have sold their work or have been commissioned to create custom designs for community or regional projects.

John has been an active member of NEA-Alaska and the Metlakatla Education Association where he serves as President. John credits the success of his program in part to the strength of his union and their ability to advocate for academic freedom in the classroom and reflect the ideals of his community.

“NEA-Alaska has helped support my teaching practice by creating a contract for me to have academic freedom in my classroom.”

“My hope for the future of the students in this program are that they never ever forget where they came from and that they hold traditional values of this art form sacred,” John said.

Teaching students this traditional art form contributes to their overall achievement in school and beyond, building connections and confidence. He looks forward to his students’ success and the new directions they may take their art. 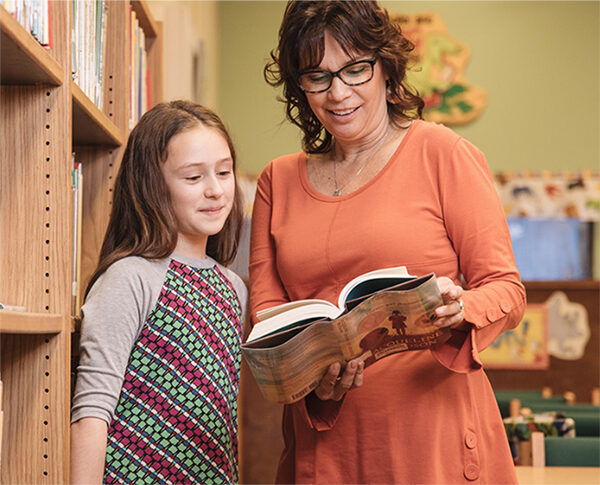 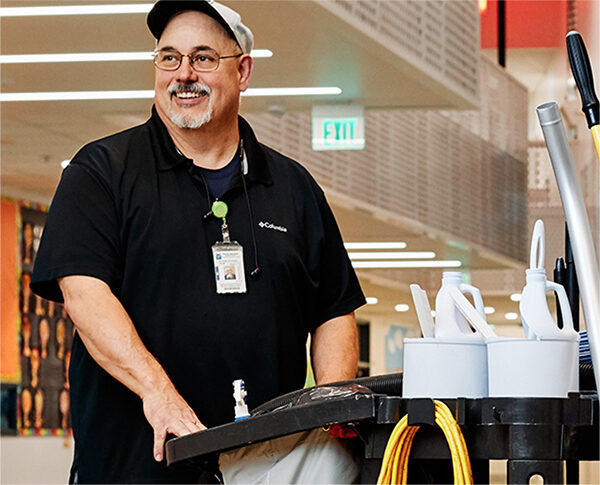 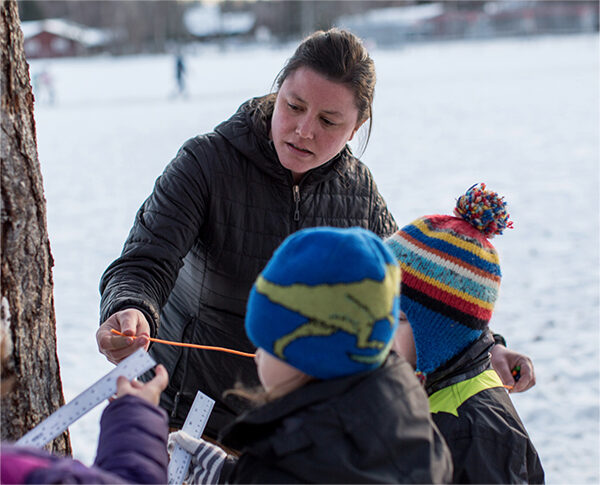 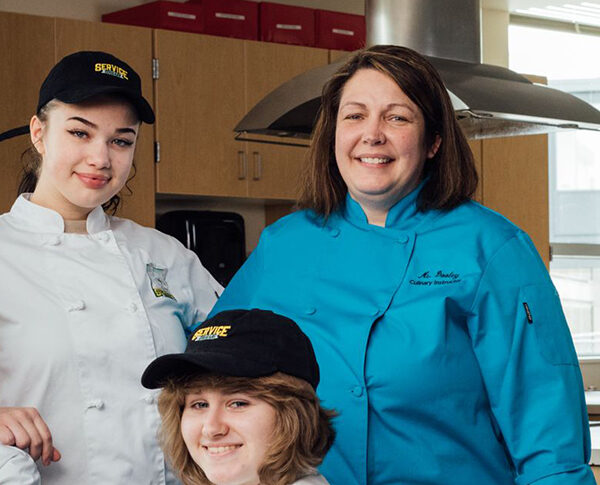 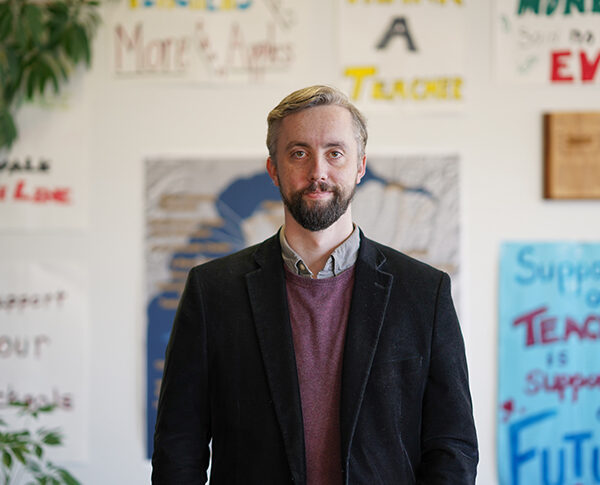 Nathan Erfurth
The Local President
Nathan Erfurth wakes up every morning focused on how he can support the educators of the Kenai Peninsula Education Association.
Read More 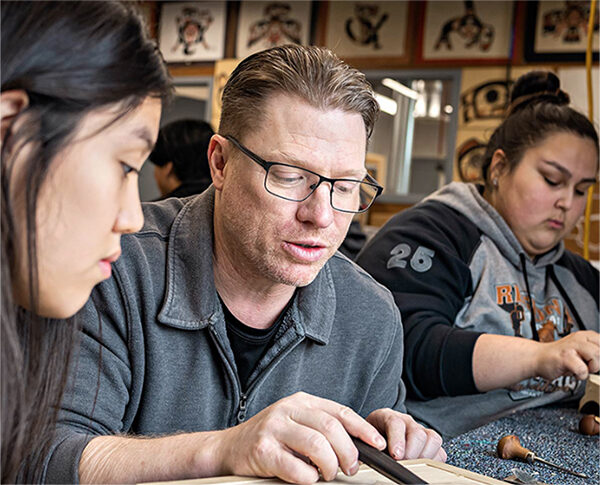 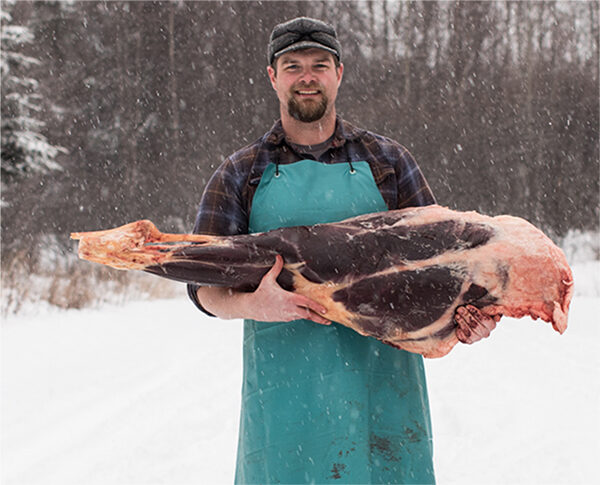 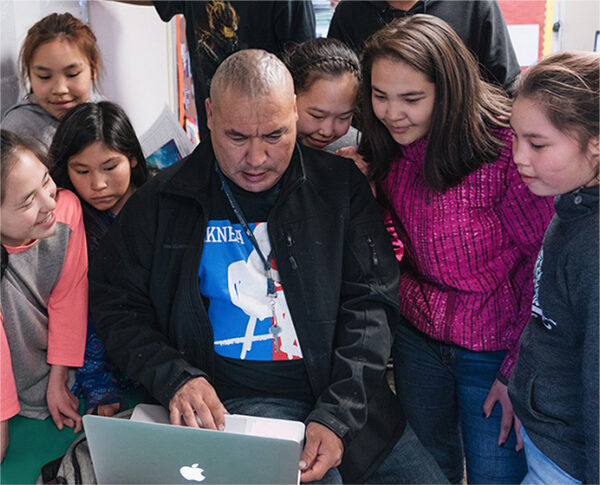 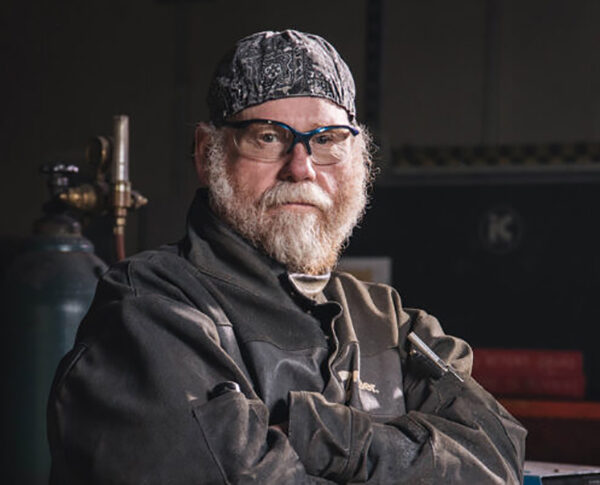 Robert Frasher
The Welding Instructor
Robert Frasher had a full career before he took an official role as a teacher in 2007 with the Alaska Vocational Technical Center (AVTEC).
Read More
Share this story!